For SLPs and EducatorsSchool Based Speech Therapy

Do you know three essential pieces of assessing a student whose primary language is NOT English?

3.  Thorough language sample in both languages

I learned these three very important assessment steps from Dr. Langdon’s seminar at CSHA a couple of years ago and they have stuck with me.  I now make sure I do these three things when I am assessing a bilingual student in addition to using other  test instruments.  Her seminar is one I have used over and over again in my daily work as an SLP.  I think every SLP should know the facts about bilingualism; what it is and what it is not.  This blog post is a must read for us all!

I have always been interested in the process of identification and treatment of bilingual students.  I get a fair amount of referrals for Spanish-speaking students each year.  I’ve even had some Punjabi and Mandarin speaking students referred for speech and language testing.  So fascinating.

I always try to stay up to date on best practices for speech and language assessment and intervention to the best of my ability.  I am almost crazy about this.  I need to know that what I am doing has foundations and evidence behind it.  As much as it is possible, I want every facet of the speech and language services I offer to have a solid research base.  I think my love of “the literature” started in undergrad and has continued to this day! I just wish I had more time to read my JSLHR! Not so much free time over here these days…

Anyway, I attended a fantastic seminar a couple of years ago at CSHA on this very topic.  The presenter was Dr. Henriette Langdon.  One word to describe her and that seminar = WOW.  She was absolutely incredible.  I learned more from that seminar than from any one course I ever took in graduate school on the subject of bilingualism.  Dr. Langdon speaks four languages fluently and has provided services in all of them including, English, French, Spanish and Polish.  If you live in California (or even if you don’t) you will want to find out when and where Dr. Langdon is speaking and go hear her! She will be at CSHA this year presenting a short seminar with her daughter.  If you go, I promise you will not regret it.  She has so much knowledge to impart to all of us SLPs and student SLPs.

I am honored that Dr. Langdon agreed to write a post on bilingualism for my blog.  I’m actually giddy with excitement right now.  After reading her post, you will have a better understanding of bilingualism, the research in the area of bilingualism, and best practices for assessment and intervention! She provides us with research based information to take right into our therapy rooms as we work with our bilingual students.

1) What do we know about bilingualism

2) Why is research with this population so complex

Some highlights on bilingualism, assessment and intervention.

Introduction
About 10% of the student population comes from homes where a language other than English is spoken. This translates into 5.3 million English Language Learners (ELL). These students’ English skills are not sufficiently developed to benefit from a curriculum delivered in English exclusively and they need some accommodations in the form of English as a second language and/or other programs to support their comprehension. Spanish is the most prevalent language spoken by the majority of students (77.2%) followed by Chinese and Vietnamese that are spoken by only 3.8% and 2.7% respectively. The other 16.2% of ELL students speak one of other 150 languages (Batalova & Mc Hugues, 2010).
What do we know about bilingualism?

Why is research with this population so complex?
The definition of bilingualism is complex and multifaceted. It needs to include the time and manner of acquisition of each language, the degree of proficiency in oral and written language as well as consideration of the context in which each language is used and for what purposes. Some languages may not have a written version. For example, some dialects of Arabic spoken in Northern Africa.
Language combinations (there are differences between combination like Spanish and English; Arabic and English; an Asian language and English. etc.…) may have implications for difficulty in acquiring the second language.
The process may be less problematic if the languages are acquired simultaneously. In some cases, some features like sounds and even sentence structures may be more challenging because there are more differences across the two languages. For example, it might be more difficult for someone who knows a Romance language like Spanish or Portuguese to learn an Asian language compared to learning a Germanic language. However, if the underlined features of language, which include concepts, ability to retain and associate information are intact, less difficulty may be experienced. In addition, there are individual variations, and we need to remember that some individuals may have a better aptitude for learning languages.
Assessment Issues 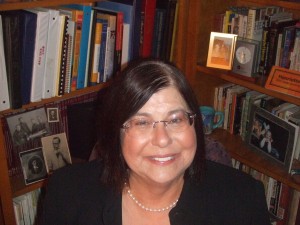 Dr. Langdon is a professor in the Communicative Disorders Department at San José State University where she has taught full time for the past 15 years. She received her doctorate from Boston University in Psycholinguistics and Special Education. Her dissertation was on determining a language disorder in a bilingual Spanish-English population of children. She has been in the field for the past 39 years. Her passion has been working with bilingual children with various language and learning challenges and their families. She has written books and articles on the topic and has presented locally, nationally and internationally, Dr. Langdon speaks four languages fluently and has provided services in all of them including, English, French, Spanish and Polish. She raised her daughter speaking French and Spanish. Her daughter is a certified Family and Marriage therapist who provides services to the Spanish-speaking population in Southern California.