Did you know that April is National Poetry Month? I just found this out the other day actually.  The English major in me just can’t help but do something to celebrate it with my students! I’m almost positive we will be doing something fun with poems this week.

Since the lovely lilacs are in full bloom right outside my speech room window, I may suggest we write our poems about the Spring!! I also happen to believe that it is never too early to introduce kids to poetry!  Reading, discussing, and writing poems is a great way to build language skills.
Why Use Poems?

I created these two simple poem templates to use with my students.  Here is one for a Spring Acrostic Poem and one for a Cinquain!  Enjoy! 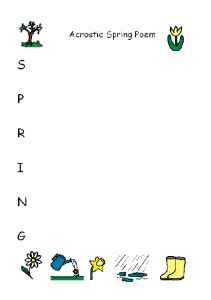 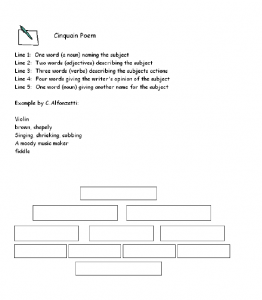